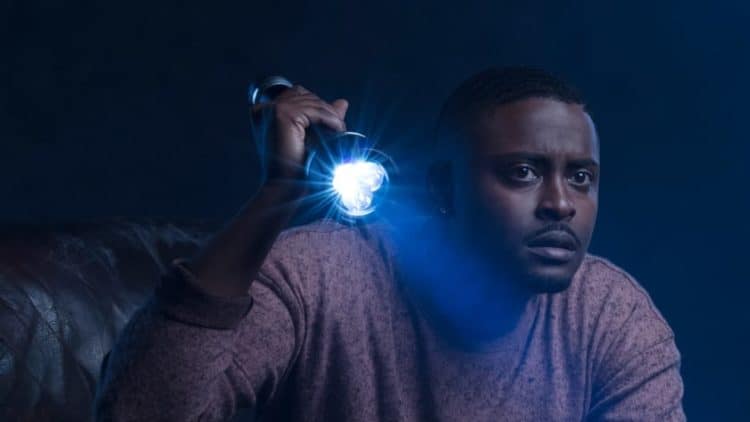 A mention of ghosts comes with a lot of questions. Are ghosts real? What do they look like in reality? Do they interact with human beings? The questions about ghosts have remained unanswered for long, but Dalen Spratt together with Juwan Mass and Marcus Harvey joined hands to explore on the spirits. They visit several places that are believed to be haunted by ghosts to investigate and attempt to prove to people that ghosts exist. They are in the show “Ghost Brothers” which has caught the public eye. Born on March 18, 1986, in Dallas, Dalen has grown to become famous through the show. Get to know more about him through these facts.

1. He is a fashion designer

Besides being on “Ghost Brothers,” Dalen Spratt is also a fashion designer whose designs he sells to interested customers. Dalen also customizes the designs depending on the customers” order. He was doing this before meeting the two other men who form the cast of “Ghost Brothers.” Despite being in the show, he still creates time to monitor his business. Dalen has a company, “Loren Spratt” that deals in men’s clothing.

Dalen’s mother was a pastor. The profession of his mother made him grow up as a Christian. Although Christians believe in life after death, most of us believe that the spirits should rest hence “rest in peace” upon every soul that departs from this world. However, in an interview with Parle Magazine, Dalen says that growing up in church is what led him to have respect for the spiritual world. He believes that all the people who have died were once spirits and some characters that they had when alive follow them.

3. Has a vision for Ghost Brothers

As with any ambitious person, Dalen has a vision for what he started. He wishes to see them getting to more seasons ahead since he finds it fun working with his close friends and trying new things. Together they are ready to do greater things in their struggle to explore the spiritual realm. In future, the friends wish to visit places that are scarier and get more experience.

4. He saw a ghost-like creature when he was seven

When Dalen was seven years old, he saw a ghost-like creature in his grandmother’s house, and this became the genesis of him believing in ghosts. He had heard stories of spirits but had never believed in their existence until he saw one. His grandmother had also discussed with him the subject of ghosts and how they affect people in their daily lives. The belief in the presence of ghosts made him enthusiastic when he met the two colleagues, and they decided to take the narrative on spirits to another level.

Dalen Spratt is not in any relationship currently according to Celeb Couples. He seems too busy in “Ghost Brothers” that he has not developed an interest in getting a partner. Dalen has not been in any relationship previously and has no children. Despite his age, he is still happy being single, unlike his age mates who are either in serious relationships or already in marriage. Further Dalen has not shown any signs of getting started with dating any time soon.

6. He is also a forex trader

For Dalen Spratt, entrepreneurship is his thing. Apart from being a fashion designer and a television host, Dalen is also a forex trader as he indicates in his Instagram bio. He makes comments about investments on his Twitter. He does not see the need of spending money just because he has it, but would rather invest it. With such a mentality, Dalen proves to be an aggressive entrepreneur capable of venturing into any business opportunity that comes his way.

Dalen Spratt also loves writing and is an author of a short story, Lure. He began writing after he got the interest to explore ghosts and try to explain to people that ghosts are real. The novel revolves around violence and the effects of the spirits on our lives. In the book, someone kills a homeless man, who later comes back to haunt the killer and thus proves that people exist as spirits once they die.

Dalen Spratt is active in both Twitter and Instagram. He has 9,332 followers on Instagram, where he has made 1,061 posts. Dalen uses Instagram mainly to update his followers about their show. He also updates on his adventures to several places. His twitter account, on the other hand, has 7,323 followers. With the development of their show, he is likely to amass more followers.

Being an all-round person, Dalen has amassed a lot of wealth. He gets money through his acting career and supplements it with entrepreneurship. Since their show became popular, the three guys in the show have attracted a reasonable sum of money out of their acting career. Dalen is also an entrepreneur and gets good returns as a fashion designer and a forex trader. With his skills, money has kept flowing into his bank account, and Dalen is a multimillionaire. Through his numerous undertakings and frugal spending habits, Dalen has amassed a net worth of $14 million which is bound to soar.

10. He went to Clark Atlanta University

Dalen is an alumnus of Clark Atlanta Universality, where he met Juwan Mass. The two met online, and both were in a fraternity called Kappa Alpha Psi. It is while at the university that they forged a close relationship becoming best friends, roommates and even business partners. Juwan Mass is also part of the team that launched the custom couture line for men, Loren Spratt. As for Marcus, Dalen met him through a mutual friend, and since Marcus is a barber, Dalen became his customer, and the three have been together since 2009, according to Rolling Out.