Homegrown clothing lines are defying gender norms one shirt at a time.

Back then, skirts were made for women, and suits were reserved for men. Today, fashion visionaries are blurring the line between gender binaries. Brought into vogue by bespoke fashion houses, introduced to the mainstream by pop culture icons, and later co-opted by high-street retailers, it’s called androgyny—the fusion of masculine and feminine characteristics to create something that’s both yet neither.

Given its history, androgyny is a fashion style that’s easy to dismiss as limited to the realm of high fashion and haughty runways. But these Filipino brands are here to prove you wrong. Though androgynous couture may still raise some eyebrows in the Philippines, these pioneers bravely stitch clothes that tear down conventions. 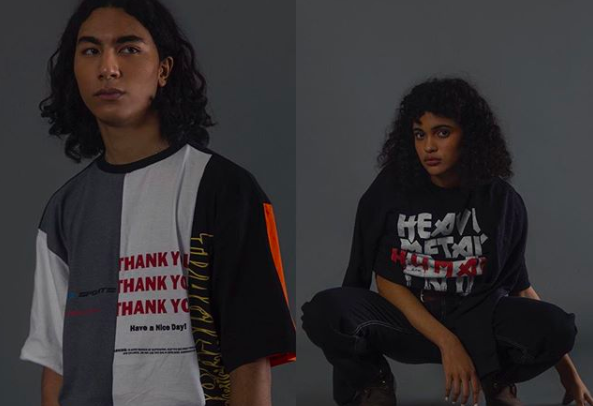 Seen mostly in pop-up events and popularized through social media, Proudrace is a label that started with a group of friends making t-shirts back in 2008. From there, it evolved into a full-blown clothing line in 2012. Looking up to big names in the fashion industry such as Maison Margiela, creative director Rik Rasos explains that the core of the brand revolves around the idea of do-it-yourself culture.

“[The] whole deconstruction-reconstruction movement… [Proudrace] is basically inspired by [it],” Rasos shares, explaining how their pieces, from shirts and jackets to denim are broken down only to be stitched again. This can be seen in their unapologetically offbeat selections which include a variety of patchwork jeans, hoodie-tee hybrids, and inside-out sweaters.

Rasos clarifies however that there was no conscious effort in making their clothes look androgynous. Proudrace aims at being inclusive of people; looking beyond how they identify, and more into how they would want to express themselves.

R-U-A (pronounced “roo-wa”) is another brand that upholds androgyny as one of its core values. But what sets the year-old label apart is its commitment to sustainability and supporting local artisans. Founder Joe Sibayan and friends established R-U-A because of their frustration at gendered clothing and ephemeral fashion trends.

Employing small, family-based sewing shops around Metro Manila, R-U-A stitches ungendered wardrobe essentials that stand the test of time. “We do not create for trends. We want to contribute to a sustainable future. We create clothes that will last as long as you want to wear them.” Sibayan explains.

Among R-U-A’s signature pieces are their kimono blazers. Inspired by the traditional yukata, these modern takes on a Japanese summer staple can be layered as a drape, cape, jacket, or cardigan, or worn alone as a top. 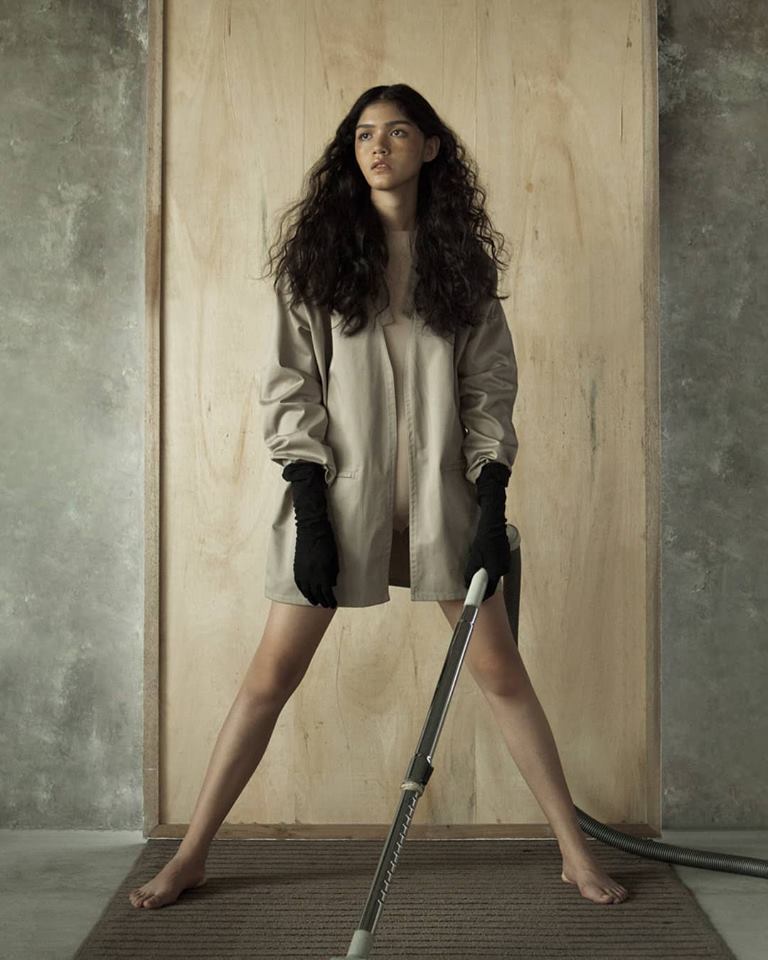 Euniform is a clothing line specializing in contemporary genderless basics that started out as a womenswear collection back in 2014. Later on, the brand’s founder—or as she would call herself the “factotum” of the brand—Eunice Armilda discovered that men would also frequently show interest in Euniform’s creative direction. “That gave me the idea of removing the idea of gender altogether,” she says.

Armilda explains that she loves injecting good-natured humor in her design process without sacrificing quality. True to Euniform’s mantra, “uncommon clothing for everyday living,” she describes her label’s style as “visually punny.” “I kinda hate it when people take fashion too seriously!” she adds.

Touches of surrealism inspire Euniform’s pieces, such as their Trome L’oeil shirt that features an extra set of long sleeves, and an oversized button down. Among Euniform’s offerings you will find flowing, amorphous tops and bottoms in versatile earth tones, as well as handmade cow leather slippers and sandals.

Upon graduating from BS Clothing Technology in UP Diliman back in 2013, RJ Santos kick-started Randolf—a clothing line heavily influenced by music and period films. Santos recalls how in his adolescent days he would often read magazines like i-D, Flaunt, and Dazed & Confused, which eventually opened his eyes to fashion.

Santos firmly believes that clothing should in no way be associated to sexual orientation and gender identity, but rather, should depend on one’s own taste. “For me, if you like it and it makes you feel good, then go for it, regardless if it was initially designed for a man or a woman.” he says.

Key to the label’s visual identity is poking fun at the young generation’s obsession with pop culture and showcasing bold designs and graphic prints in their pieces. Among Randolf’s collections are statement pieces with bold colors, tongue-in-cheek prints, and at time avant-garde fits.

The price of dressing up

As bold as these labels are, there are still those who grimace at the thought of androgynous fashion and the brand owners are not oblivious to these prejudices. Sibayan, for one, believes that acceptance of androgyny may in a way be related to how social classes perceive self-expression.

“I think it might have to do with how people might feel safer wearing non-gender-conforming frock while in the VIP section of a posh bar in Makati, rather than standing at a jeepney stop while waiting for a ride. There is a socioeconomic and sociopolitical dynamic at play here—being able to wear what you want is a privilege and it shouldn’t be,” he says.

Moreso, the brand owners strongly believe that no matter what class a person may belong to, the way he or she dresses should in no way influence a judgement of the person as a whole. This includes their sexuality.

“I think we’re still far from minding our own businesses. […] We shouldn’t be making assumptions about another’s sexual orientation [based on their clothing]. We should care less about labelling and sorting other people,” says Sibayan.

“It’s so backwards, basically…” Rator adds, referring to the notion that one’s outfit is a way that tells their sexual orientation. “[A] guy can wear a dress and he’s still whatever he wants to be, you know?” he adds.

A preview of tomorrow

Despite these challenges, the future looks bright for these local clothing lines as androgynous clothing gains wider public reach. For instance, Proudrace walked the Bench Fashion Week Spring/Summer runway in 2017 and collaborated with Human for a collection this 2018, giving them a spotlight in the mainstream fashion scene.

“[Collaborating] is a good opportunity for us to test the waters to see how it’s gonna be, which is cool because the response of people is actually, surprisingly good, because we’re not expecting to get a new audience from it, but we [do],” says Rasos.

Androgynous couture has also been the subject of many panel talks, which bring together local stylists, designers, and fashion enthusiasts alike. One of these is R-U-A’s “Everyday Androgyny” held last December which discussed the why’s and how’s of pulling off a non-binary look.

And even if androgyny has yet to be wholly accepted in the local milieu, the emergence of genderless clothing lines and their growing popularity can make the topic less taboo and spark conversations on why the gender binary should be deconstructed.

“Seeing androgyny through the figurative filters of these biases [against androgynous fashion] honestly tells more about the beholder than the beheld. On the same note, it is very important to see these instances as an opportunity to educate,” says Armilda.